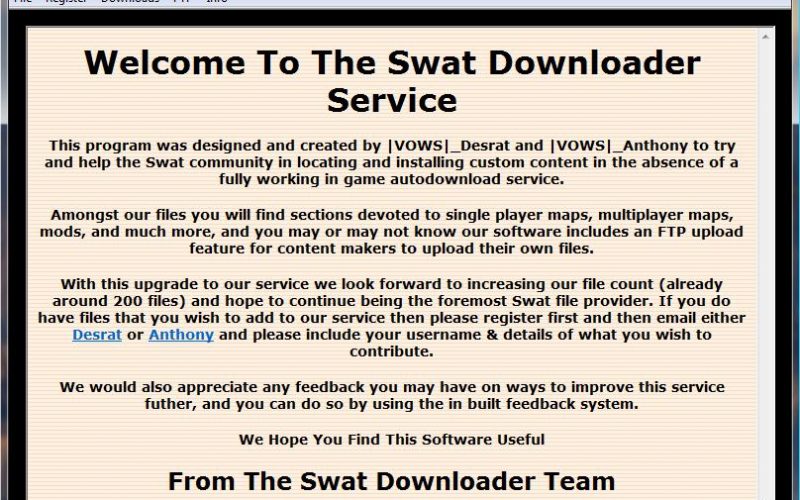 The Swat 4 Downloader was a project by Desrat and Anthony for the VOWS Clan (Gaming community) to create a simple way for people to find and install maps and mods to the coop game Swat 4. The game had no way to download or install custom content and had to be installed by copying files into the correct locations manually. This limited many users who did not have the skills to do this. The program was very popular within the gaming community and at peak times had more than 10,000 new installs a month.  This project is not updated since the game is now over 10 years old and server support has been discontinued making the game die off.

The Downloader had a list of files that people could just double click on and the program would check for the games install folder and download the files into the correct folder. When the game was then opened the custom content was in the game. Many people used the downloader to install everything and had free rain to join or host any map at any time and anyone with the same content could join. The downloader gave the game a new lease of life and when the game was starting to die due to lack of content the software saw a spike in the number of players and custom maps being run online jump up about 10 times higher in the first year of the software release.