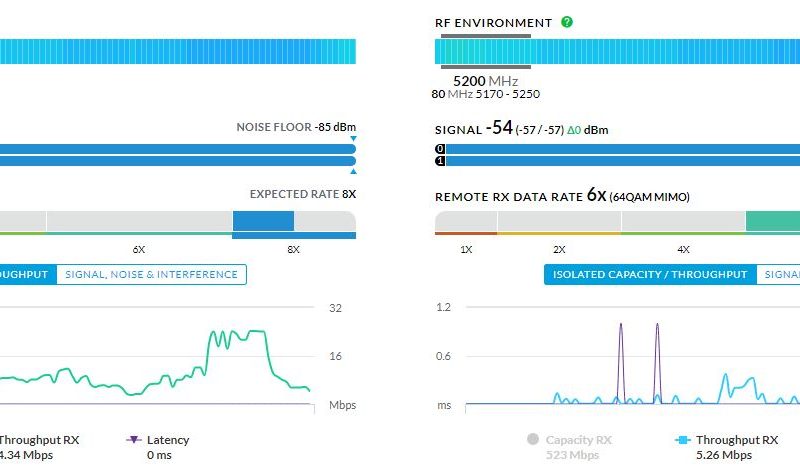 So after 3 years of DSL speeds, I couldn’t take the pain of 800 kbps upload speed and 16 mbps download speeds anymore.

I’ve been told all Fiber ISP will not install where I am due to cost. I started my plan.

After some testing, I managed to install 2 Ubiquiti NanoBeam ac Loco at a distance of 200m. This was over a canal and between 2 large buildings to a friend’s house that could get fiber internet.

Once the link was installed I had a 300mbps connection installed and using the Nanobeam for the last 200m of the connection back to my house. This gives me 200 mbps download speeds and 20 mbps upload.

The internal network on my site is powered by a Ubiquiti Edge Router X power by POE with a passthrough to power the NanoBeam. This keeps the connections to the NanoBeam to a minimum.

This setup has now been my Primary connection for the last 6 months with no problems at all. I’ve used it for 4K Video upload and viewing as well as VR Gaming and I’ve never seen so much as a delay.

It’s worked though storms, 50mph winds, The worst rain the UK has seen as long as I can remember and even some snow.